Ripple (XRP) released its report for the third quarter of this year at night. In this report, the company revealed how much XRP it sold during the quarter, how volatile XRP was, and the total volume of XRP. While the company has made these statements, the XRP price stands at $ 0.258 on stock exchanges.

Ripple (XRP) has published a report on the overall performance of its own cryptocurrency in the last quarter. There have been several developments throughout the quarter that can be considered positive for XRP. For example, the crypto money exchange FTX has listed the XRP / USD parity, Binance has started to provide extra services for XRP / USD swap transactions, and Flare has developed a special smart contract platform for XRP.

XRP volume doubled throughout the quarter

According to the information released by Ripple, the company sold XRP worth $ 35.84 million to its partners through the On-Demand Liquidity platform in the third quarter. This marks an increase compared to the second quarter with sales of $ 32.55 million. These XRP coins sold by Ripple are used to provide liquidity to ODL customers. 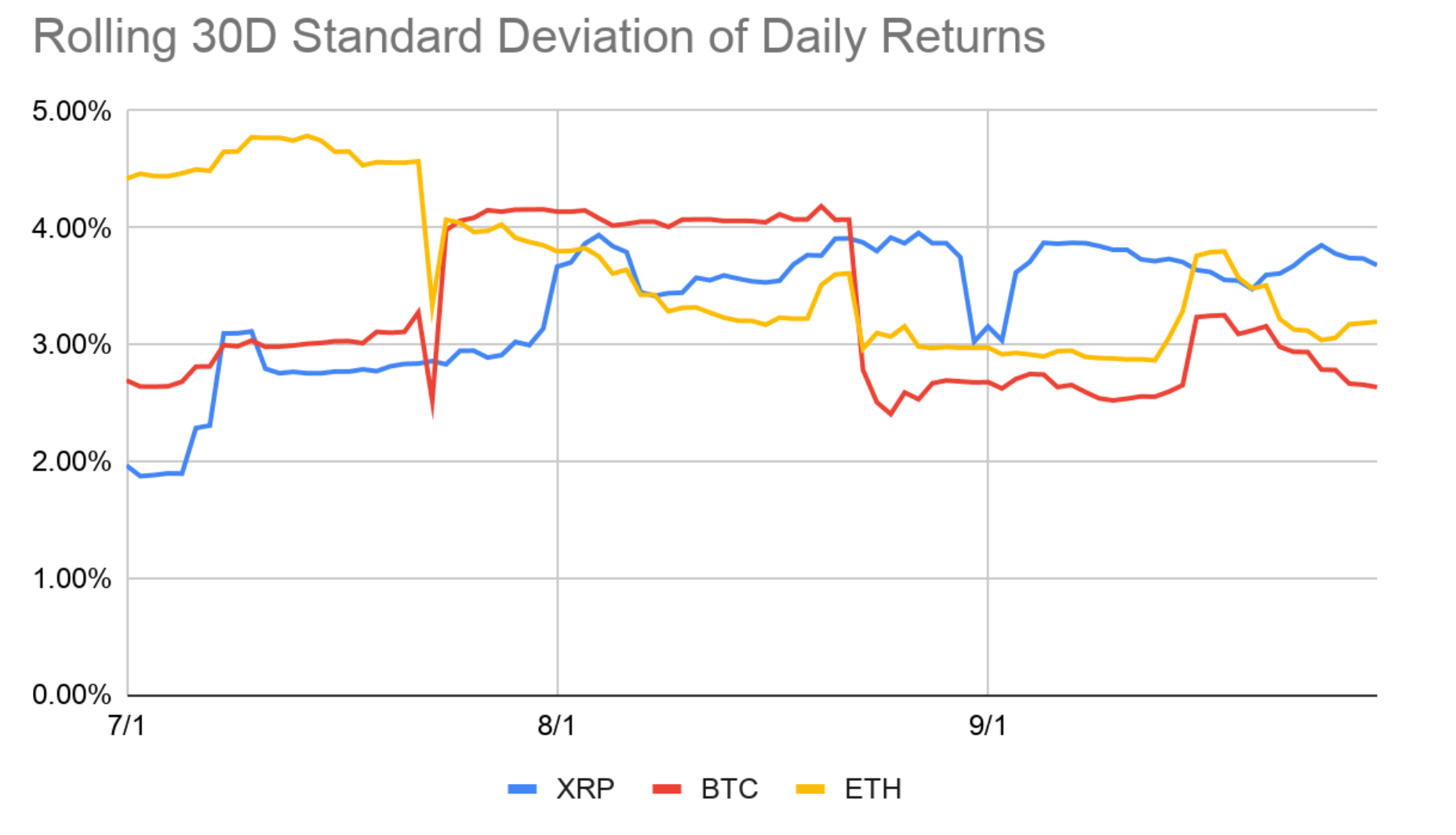 Ripple also shared on the volatility of XRP, based on the price change in stock markets. Calculating the daily changes in XRP price, the company announced that the standard deviation of XRP’s daily return is 3.5 percent. This shows that the volatility of XRP is higher compared to Bitcoin (BTC) and Ethereum (ETH).