For Bitcoin founder Satoshi Nakamoto, it is difficult to say exactly where he is from, based on the available information. However, according to an argument shared on a website, it was claimed that Nakamoto lived in London during the development phase of Bitcoin after online scans.

Bitcoin founder Satoshi Nakamoto is among the most well-known computer scientists, both with his contributions to the digital world and his mystery. Nakamoto played an important role in the spread of the term cryptography with the Bitcoin technology announced in 2008, and enabled the internet world to have its own currency.

Unfortunately, the information available about the mysterious person or persons named Satoshi Nakamoto is very limited. Nakamoto has been very active on the internet during the development and dissemination of Bitcoin. However, by the middle of 2011, he withdrew from all steps of the project without any explanation.

The fact that the details about him were quite limited made him sufficiently mysterious, but the fact that he suddenly withdrew from the project he was the inventor of (although it was developed open source) made things even more interesting. Nakamoto did not share any private information about him, even with the people he was in contact with when he was actively involved in the project, and preferred to remain confidential by allocating his time only to conversations about the project.

Does this mystery shine a little?

Any groundbreaking development in Nakamoto’s mysterious situation has not changed over the years. For this reason, every new development related to the Bitcoin founder continues to create excitement. The special news of Doncho Karaivanov from the website called The Chain Bulletin is one of these developments.

Karaivanov shared an interesting argument in the content he prepared in the light of the platforms Nakamoto used during his online periods and the e-mails he sent. In this argument shared on November 23, it was argued that Nakamoto may have been living in London during the development process of Bitcoin, based on the timestamps that all online activities were sealed.

However, Karaivanov and his team did not achieve this simply by reviewing online posts. Details in Nakamoto’s written language and factors such as the secret message in the first Bitcoin block “genesis” were also used to support this argument.

Karaivanov and the team of researchers used various platforms with Satoshi Nakamoto’s online activities to collect data. The starting date of this data is October 31, 2008, which is the date Nakamoto first announced Bitcoin, and December 31, 2010, the date he sent his last e-mail, as the end date.

There were a number of platforms where Nakamoto was online. For the research, support was received from Nakamoto’s discussion named Bitcointalk and the timestamps posted on the coding platforms named SourceForge. Karaivanov stated that they did not include the time stamps in Nakamoto’s e-mails because they could not clearly identify them.

To summarize about the data taken for the research:

The research revealed that Nakamoto’s shares on the Bitcointalk and SourceForge platforms were sent with timestamps created with the UTC time format known as Co-Guided Universal Time. Another thing that Karaivanov pointed out was that the hours that Nakamoto was most active on the two platforms matched with each other. 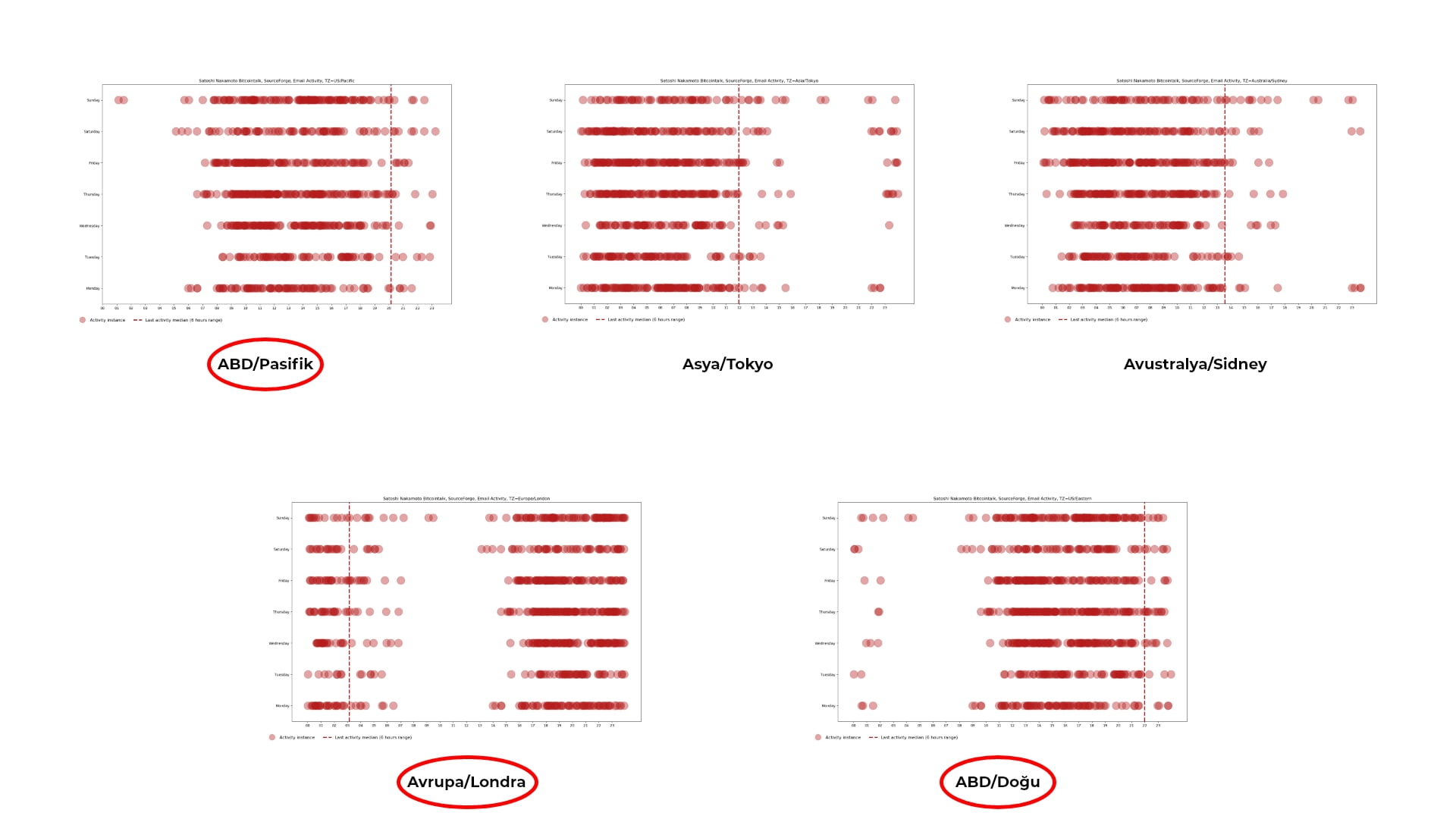 As a result of the investigations, roughly a few graphs were created by examining Nakamoto’s shares with UTC time format supported time stamps according to various regions of the world. In the light of the graphics created, it was concluded that Nakamoto did not send the shipments from Tokyo and Sydney. When the long lines indicating the average of Nakamoto’s last activity were examined carefully, it was seen that the posts were mostly made in the evening or at night.

Although ‘Satoshi Nakamoto’ sounds like a Japanese citizen name, Karaivanov claimed that Tokyo could be said to be not the mysterious developer’s home. However, Karaivanov knew that only based on this information, it could not be said clearly in which of these three regions Nakamoto might be. But besides these graphics, there were actually a few other important tips.

“Chancellor on the brink of the second bailout for banks”

When the dates showed January 3, 2009, a news article appeared in a newspaper called The Times with a headline like the following:

“Chancellor on brink of second bailout for banks”

What good could the title have with such a mysterious knowledge? In fact, this title was important in that it would support the research carried out by Karaivanov and his team. Because Satoshi chose this title as a message that can be associated with a Bitcoin technology, although it is not known for what purpose. 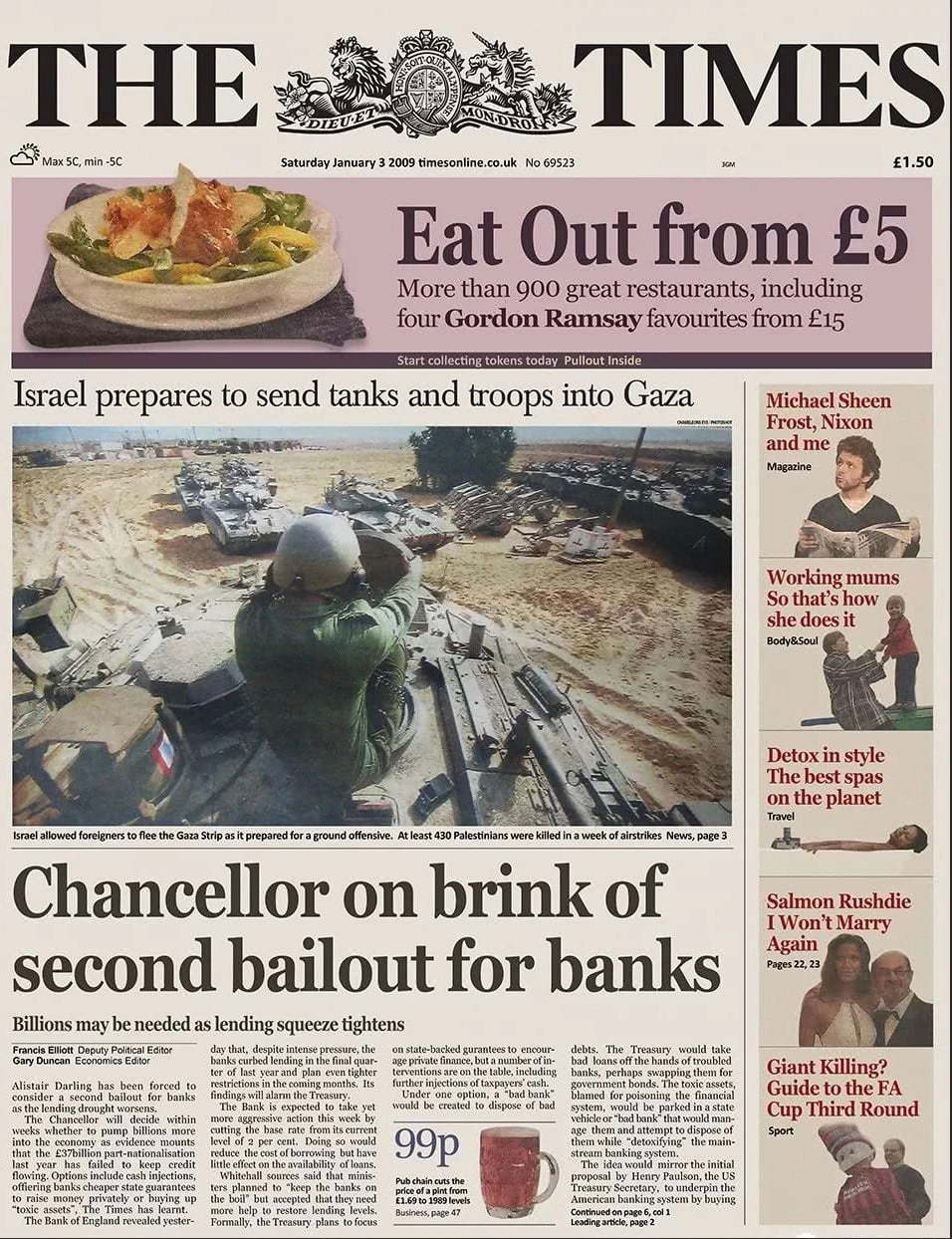 This news from a London-based newspaper called The Times described a possible solution within the UK to a problem thought to be linked to the 2008 economic crisis that affected the world.

Satoshi Nakamoto did not immediately make a transaction on Bitcoin’s blockchain, which he announced on October 31, 2008. Nakamoto produced the first block, also known as the “genesis block”, on January 3, 2009, when the news was published. After this first block, Nakamoto won a 50 BTC mining award.

Interestingly enough, Nakamoto added The Times news title to the block while producing the first block. This led to a consciously chosen theory of the secret message because many thought Nakamoto added this message as an irony. Yes, banks were going bankrupt and seeking help from the state. Bitcoin would exist to eliminate such problems. 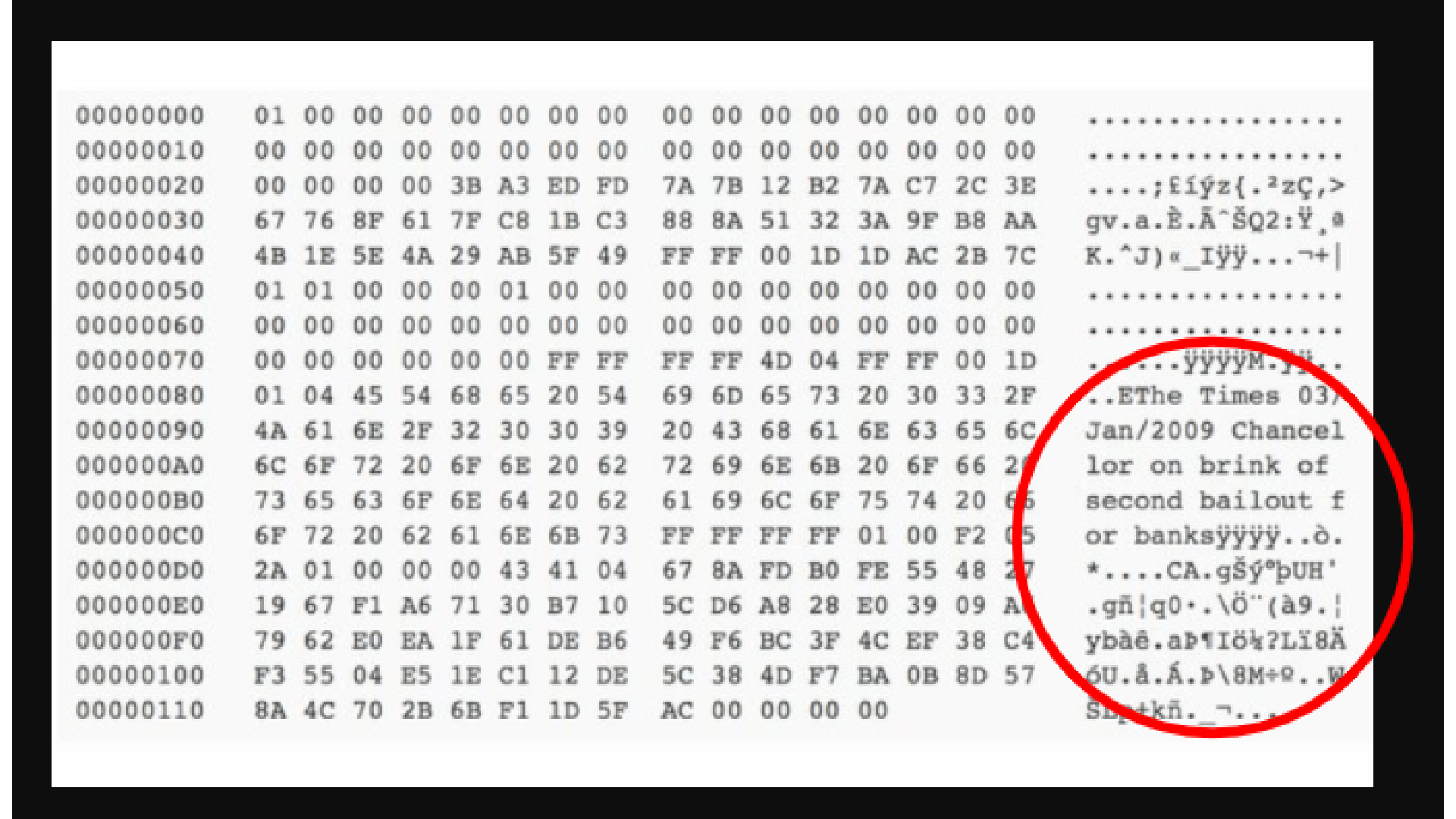 However, this was not just the case. Because in order for Nakamoto to be aware of such a message, he had to have access to the news first. With the Internet available in 2009, this was possible, but in the news shared on the Internet, the title was passed as “Chancellor Alistair on brink of second bailout for banks”, in other words, giving details of the Chancellor’s name. This could be shown as evidence that Nakamoto himself may have seen or heard the news from the newspaper.

So what did this job have to do with London? The Times newspaper has been a publishing and publishing organization in London for a long time. So much so that the newspaper was opened even in the major developed states in the USA in 2006. However, during his work on his research, Karaivanov found that the originality in the UK is not used in the US. So much so that a news in the United Kingdom could not be printed for a region outside the country. Apart from that, while preparing different editions for abroad, the original layout in the UK could be compromised.

In the light of all these details, it was not even possible to put forward the argument that Satoshi Nakamoto lived in London while actively working on Bitcoin. In addition, the European region, including London, fit the 1 in 3 probability among the time zone charts.

For those who still find the argument that Satoshi Nakamoto lived in London absurd, Karaivanov stated that a few more tips should be paid attention to. The first of these was the detail that Nakamoto’s written English is a British English. The fact that Nakamoto used English-specific details such as “-ise” and “-our” from the choices “-ise, -ize” and “-our, -or” It was an important clue.

Apart from that, the fact that Nakamoto used the word “bloody”, which is a British word and used frequently throughout the country, in his messages was also a supporting detail of the argument. Considering that a large number of posts were examined after the detailed study of Karaivanov and his team, it can be interpreted that the messages were not only detected 1-2 times to support this argument.

Does this information lead to a definitive conclusion?

Karaivanov stressed a lot that these data should only be used to support an argument. Because it would be quite inappropriate to determine the position of a personality that attaches such importance to privacy, based on the tiny clues put forward.

What happened to the BTS contract?