Brian Kelly participated in “Fast Money” on the CNBC channel, and part of the show was shared on Twitter. Bitcoin investors were worried and reacted when they saw the tweet shared by CNBC. It seems that some investors interpret the tweets posted by CNBC as a negative indicator for Bitcoin.

CNBC, which is a concern for Bitcoin investors, hosted Brian Kelly, CEO of BKCM, at the Fast Money program that took place on November 13. With the sharing of the program on social media, some investors, including famous names, expressed their concerns on Twitter.

Why is CNBC a negative indicator?

In the report of U.Today, it was stated that the trader named Jacob Canfield shared a graph showing the reverse correlation between CNBC tweets and Bitcoin price movements in August 2018. 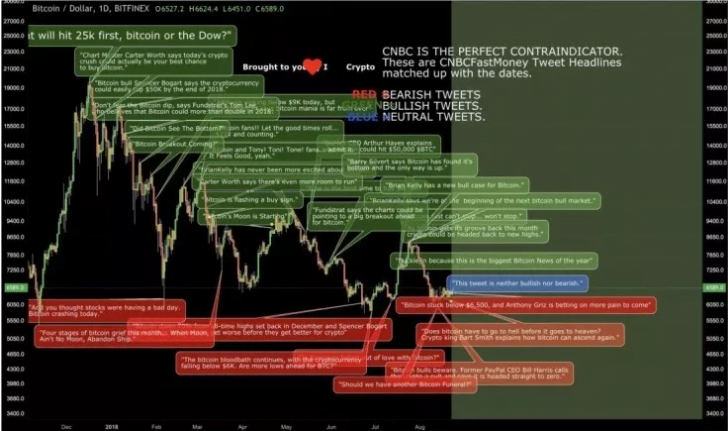 Some famous analysts and traders also expressed their reactions by replying to CNBC’s tweet. For example Josh Rager said, “Delete this tweet!” Benjamin Bluntz responded by saying, “It’s something I’d really like to see when I’m making a profit, thank you.”

What was discussed in the program?

Kelly said later in his speech that digital central bank money such as digital dollar, digital euro or yuan cannot rival Bitcoin. He said he believes central banks cannot create a digital currency with a limited supply, and it will be a factor that will make it easier for central banks to print more money. He emphasized that this situation is a risk for those who hold fiat currencies, therefore, the digital gold position of Bitcoin will become stronger.