The Bitcoin price was traded just below $ 20,000, which is generally considered an all-time record yesterday, making both investors and the cryptocurrency market happy. BTC achieved the highest monthly closing of all time with this performance it showed on the last day of November.

Bitcoin price has increased by more than 5% in the last 24 hours and is currently trading at $ 19,420. Increasing its market value to over $ 360 billion 433 million, BTC, with its decline in the week of “Black Friday”, said “Is the bull run over?” included questions. But with the start of the new week, Bitcoin has shown that it will continue to chase the record, and according to many stock market data, it has managed to reach an all-time high.

After the recovery across the cryptocurrency market in the middle of the past week, the Bitcoin bulls did not stop; They managed to add $ 2,000,000 to the BTC price in just 48 hours on weekend and Monday. Bitcoin’s recovery process gained momentum with the news that Wall Street investment giant Guggenheim Partners wanted to invest $ 500 million in BTC through the Grayscale Bitcoin Trust. Apart from that, experienced investor Raoul Pal also announced that he shifted all his gold investments to Bitcoin.

According to CoinGecko data, the BTC price has surpassed $ 19,799 in the last 24 hours. Bitcoin broke another record at the monthly closing, which coincided with the weekly opening on November 30. Bitcoin performed the highest monthly closing in its history with a performance of $ 19,700 at the closing of November. BTC increased by nearly 50% with the rally at the close of November. This rise of Bitcoin played a major role in the cryptocurrency industry’s third largest month.

Bitcoin just made its largest, and highest, monthly green candle in history.

The agenda was shaken by Bitcoin, who commented what?

With this recovery and even the tendency to test record levels again, Bitcoin has settled on the agenda of almost all investors. Cactus, the crypto money analysis account with over 20 thousand followers on Twitter, was among those who announced a record monthly closing for the BTC / USD parity. Cactus also said that investors are aggressively expecting to buy BTC below $ 16,500. 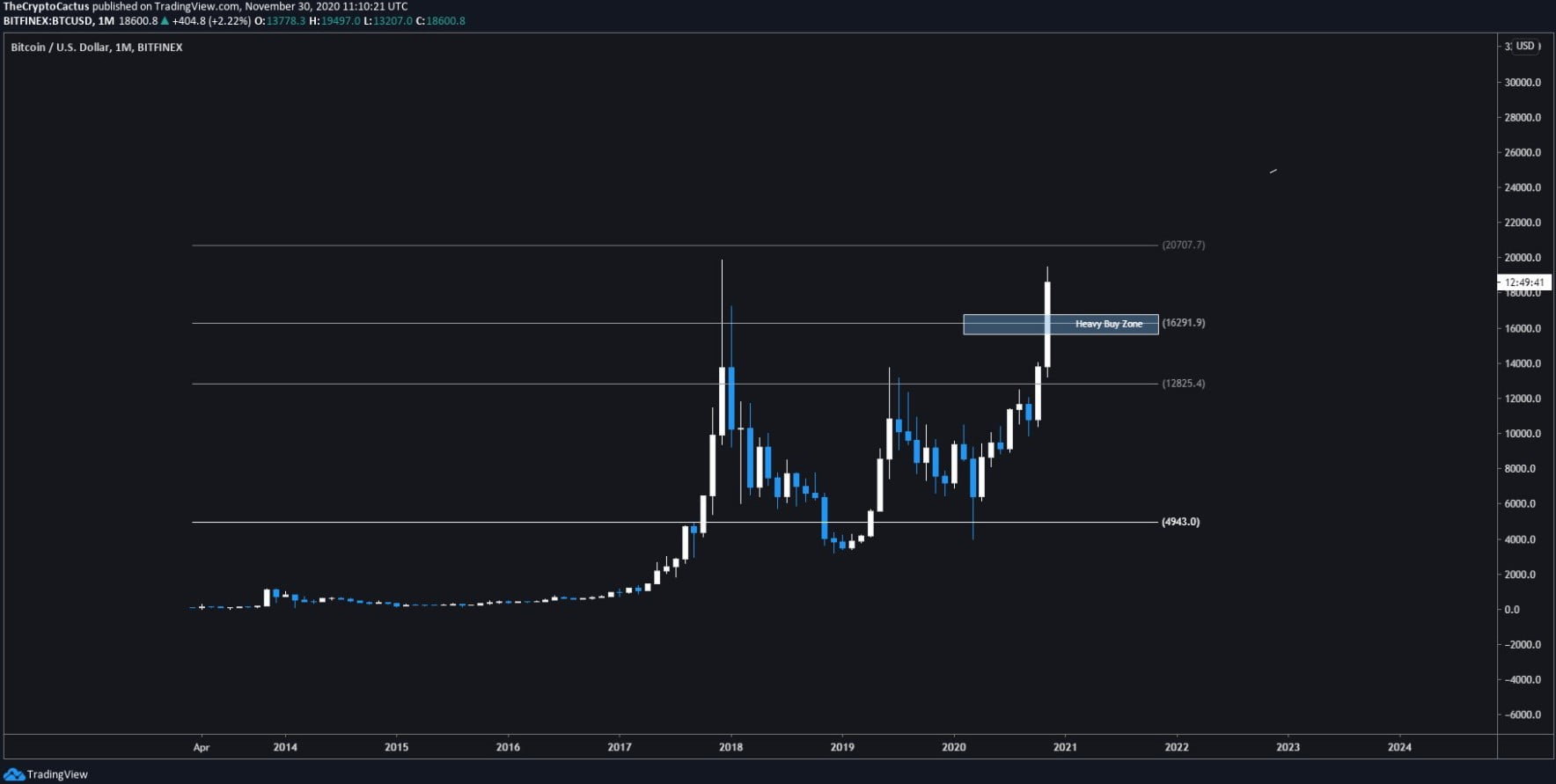 PlanB, known for creating the stock flow (S2F) model for Bitcoin, claimed that new records will come with its tweet. Sharing the S2F chart, PlanB pointed out that November’s red point closed above the others and at $ 19,700. Saying that this is a new record, PlanB said “this is just the beginning”. The analyst, who also warned of volatility, suggested that new records will also come. 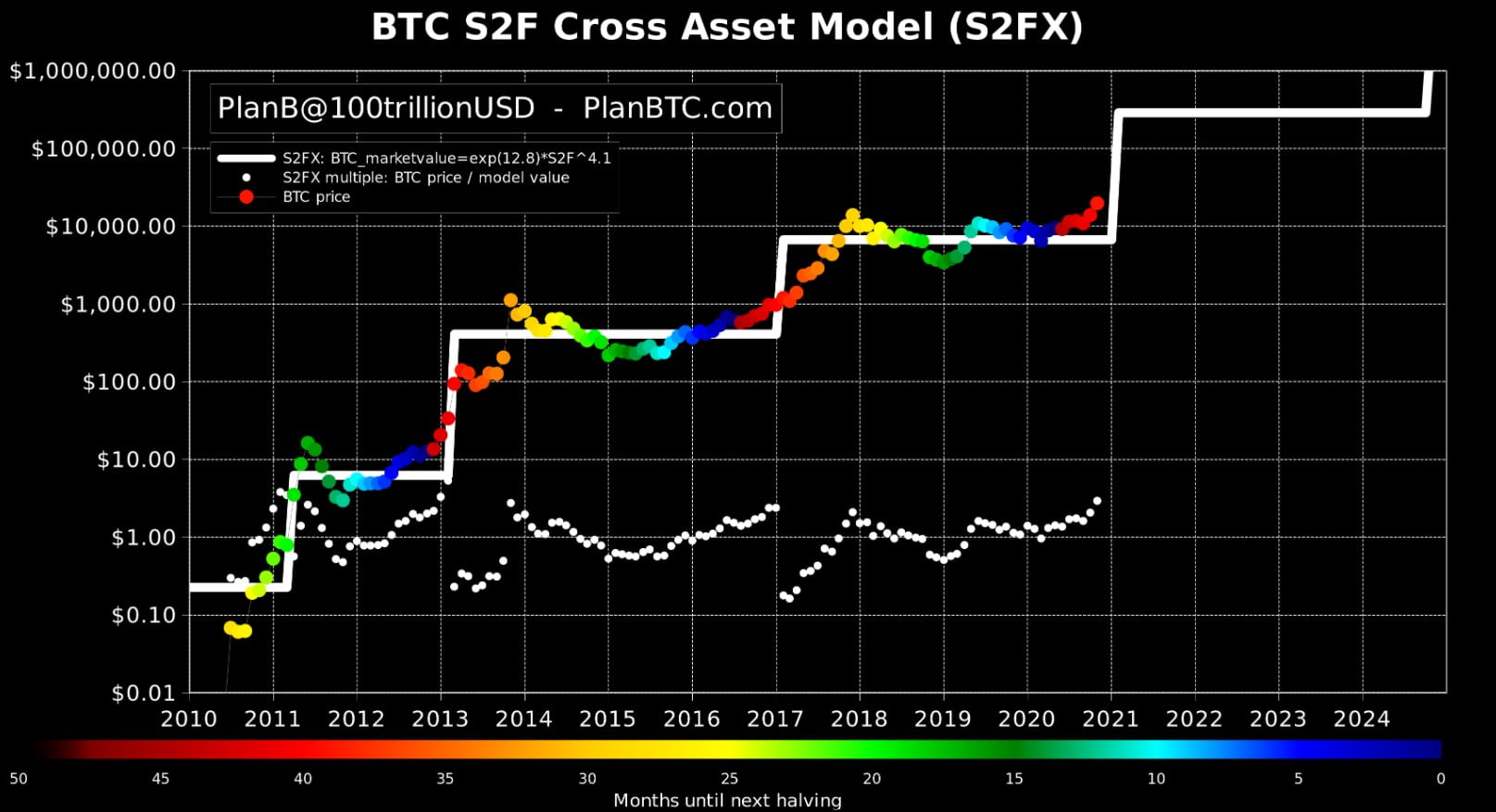 Stephan Livera, the well-known name of the crypto money community, shared again the tweet of Peter Schiff, who defended silver and gold against Bitcoin at the end of 2019; It showed how wrong Schiff turned out. Schiff tweeted on December 28, 2019, saying that silver is more likely to double in value in 2020 than Bitcoin. Stephan Livera, on the other hand, brought this tweet back to the agenda after the BTC rise yesterday and compared the BTC prices on December 1 in 2019 and 2020.

As BTC continued to rise, astonishing forecasts came with it. Tyler Winklevoss, one of the Bitcoin-rich Winklevoss brothers, suggested that Bitcoin will not only exceed the record price, but see $ 500,000. Winklevoss stated that they think it will be the best performing asset of the last 10 years for Bitcoin and it will replace gold.